Educational performances prepared at the Center

for Jewish Culture and Education at the White Stork Synagogue

The performance and music show ‘Wallstrasse 13’ tells the story of the local Jewish community – the fate of the residents of the house at ul. Włodkowica 13 (used to be known before the WW II as Wallstrasse). ‘Wallstrasse 13’ is a performance presenting the living history of Wroclaw and its communities. Rich archival material, as well as multimedia scenography were used in the production of the show.

Songs from the Ghetto

The program includes songs by Mordechai Gebirtig and the poems of Max Hermann-Neisse and Ilse Weber set to music by Bente.

Highlighting the stirring material are excerpts from monologues from the productions “Voices from Theresienstadt” and “HOME”.

A monodrama about five women who come from different countries, are of different ages, social class and professions. The one thing they all have in common is that they are Jewish and their paths have crossed in Theresienstadt, the “paradise” ghetto. Each has a story to tell and each resolves her unique dilemma in her own, sometimes unexpected, way. All the words of the songs were mainly written in German, in the ghetto Theresienstadt/Terezin during WWII. The cabaret music was either written in the ghetto or taken from popular operettas.

Most of the words by Ilse Weber are set to music by Bente Kahan. The musical accompaniment is provided by Dariusz Swinoga and Miroslaw Kuzniak. The concert and CD are available in three versions – German, English and Norwegian. 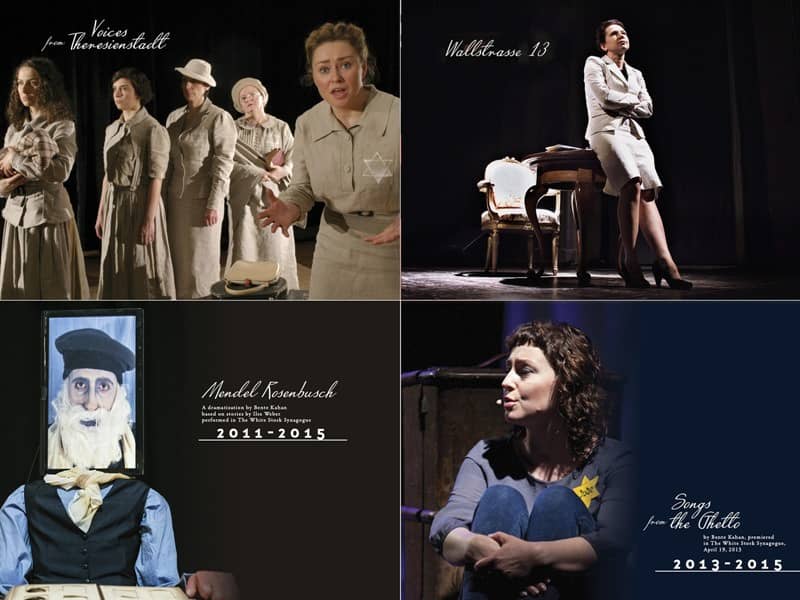